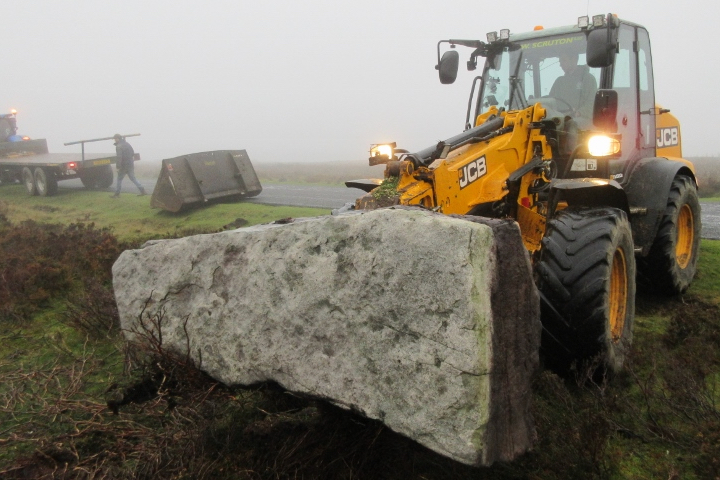 Posted on 26th October 2021
Huge boulder from Spaunton Moor to become memorial to Battle of Byland
A massive ganister boulder was collected in the mist from an atmospheric Spaunton Moor this morning at the start of its journey to Sutton Bank, where it'll be adorned with a plaque and become a monument to the 1322 Battle of Byland in time for next year's commemoration. Tom Chadwick and Albert Elliot from NYMA and Harry Pearson from the North York Moors Volunteers had previously identified the right size and shape of stone - all done with the landowner's permission, of course! The project is paid for from a bequest of the late Professor Allan Patmore, a former Vice-President of NYMA.
Tagged as: Battle of Byland 1322, History of the North York Moors
Share this post: